Aliens: Are they Really Out There? 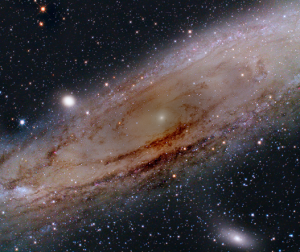 Aliens, extraterrestrials, and unidentified flying objects manned by intelligent life, all of which may, or may not, reside outside our own galaxy; is any of it real?  Does any of this actually exist?

Some individuals would say that the evidence in support of the existence of aliens is overwhelming, and they would suggest there is, indeed, intelligent life out there. These individuals might also argue that of the billions of stars, or suns, that are scattered throughout the known universe, the probability of just one of these celestial bodies being orbited by a planet like our own, is more than possible, it is probable.

However, a lot of this purported evidence has been readily explained, or debunked, as a clever hoax. In addition, say there is a hospitable planet, which is circling some distant sun at just the right distance and rotation to generate life, who is to say these life forms are intelligent? Who is to say this theoretical life has the capabilities to evolve, or even grow, into an intellectual species that is smart enough to produce technology so advanced it would stump our modern minds?

Having stated that, one might want to take into account the evidence which cannot be explained away by science. Granted, these numbers may be minuscule, but they are there. If just one out of the many thousands of reports recorded each year remains unexplained, should there be a spark of interest in the scientific community to research and investigate its source?

Moreover, one should truly examine the possibility of life flourishing on a planet located in a distant galaxy.  Could it be possible that this life is more knowledgeable, or even more advanced, than us humans? Could any of us truly know that these possible beings have not been in existence for thousands, if not millions, of years before we as a race were ever conceived?

The truth is that right now, there are no definitive answers. There are only speculations, theories, and opinions. The only absolute we have to go on are the seemingly endless stream of eyewitness reports in the forms of personal testimonies, like those sightings of unknown lights, or objects, in the sky, and in the forms of personal accounts of an unexpected encounter, or a terrifying abduction.  These are the kinds of reports that continue to capture our imaginations, and they keep us guessing.